I wish I could give some extraordinarily compelling excuse for my extended absence over the past few months: alien abduction, Freaky Friday-esque body-switching, or an improbable scenario in which I somehow discover that Jules Verne was right all along and the earth is indeed hollow and inhabited by dinosaurs, and I end up shacking up with Brendan Fraser and making it all the way to China through the Earth’s crust. But sadly the excuse is, as ever, an extraordinary banal one: a new job, the kind of cold that’s so persistent that after a few weeks it brings along a few of its friends and turns your sinuses into its own personal party bus, all combined with the usual leg-dragging laziness.

END_OF_DOCUMENT_TOKEN_TO_BE_REPLACED 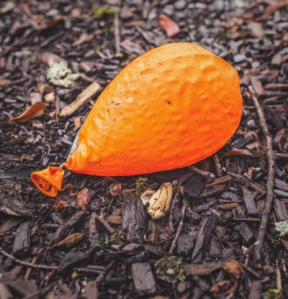 Hey everybody, did you know it’s February already? I certainly didn’t. Sadly, this is not because I spent the entire holiday season sitting on a beach somewhere with an incredibly attractive, shirtless young man, sipping tropical cocktails and wearing an appropriate level of sunblock.

No, once again a lethal combination of personal qualities – laziness, love of food, and a tendency to procrastination – combined with a number of other events – namely an existential crisis brought on by the realisation that I had no idea what to do with my life now that I had finished university – to create an atmosphere of relaxation punctuated by moments of blinding panic as the old year wound to a close and 2015 took over. Also, I really got into Battlestar Galactica.

END_OF_DOCUMENT_TOKEN_TO_BE_REPLACED

A new year has dawned. The time has come for writing resolutions, starting diets, and vowing to drink less. Since this coming year promises to be more than a little challenging on the university front (among other things I have to write an 18 000 word dissertation on a yet-to-be-decided (and has-to-be-chosen-by-the-end-of-February) topic) I’ve decided I won’t be writing resolutions for 2014. Instead of promising to lose weight, take up yoga, or learn a new language (all things at which I do not excel) I’m going to start one teeny, tiny little reading challenge. I’m taking up the Classics Club challenge, where members elect to read at least fifty classics over the course of no more than five years (see, I told you it was tiny). Since you’re invited to set your own goal, I’ve decided to aim to read one hundred classics by the beginning of 2019. This means that even if I fall behind this year I’ll still have time to make it up in the years to come.

I’m hoping that doing this will mean that come the end of January I won’t find myself in a bookshop, offensively colourful new yoga mat in one hand and celery stick in the other, wearily trying to decide between Do-it-Yourself-Italian and Learn-by-Sound-Spanish, either of which will inevitably end up, one month later, covered in dust and shoved under my bed so it doesn’t clutter up the bookshelf. Instead, I will be reading books that have been on my shelves for years, that I have downloaded for free off the internet, or that I have borrowed from the library (which is a wonderful way of saving shelf-space, though if I’m entirely honest there’s been more than one library book that’s ended up in the dark space under my bed – but only by accident, never by design, I swear).

I can’t promise the results will be pretty, but if you want to follow along with the challenge, here are some links: