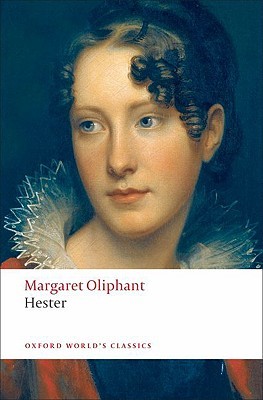 “I do declare, these spoilers are simply shocking!”

The essence of this review is basically that I loved Hester and I’m not even sure if there’s really anything more to add.

That’s partly because I can’t quite put my finger on why I liked this book in the first place. One of my least-favourite topics in the world plays a large role in this book: banking and finance. For me, this is about as interesting a topic as a book about the finer points of Watching Paint Dry.

But something about Hester grabbed me right from the very beginning. Set in a small town where the Vernon family own a prosperous and seemingly stable town bank, it begins with a crisis that could see the bank collapse and the family lose all their wealth and status in one fell swoop, because the head of the family is a bad businessman. But along comes his cousin Catherine Vernon and despite suffering from a rather terminal case of Being Female, nevertheless manages to save the bank using her own money. She goes on to raise the bank back up and rule the entire Vernon clan with an iron fist.

And then many years later, along comes Hester, the daughter of the man who almost ruined the bank. She and Catherine do not Get On. This is probably because they are both chronic sufferers of the aforementioned disease, Being Female, but with rather unfortunate side effects, namely Having Half a Brain and A Shocking and Uncouth Streak of Independence. The story basically follows their relationship, along with their relationships with Edward, a young man whom Catherine had more or less adopted many years ago and whom she treats like a son. He’s responsible for running the bank and is also, just as a side note, a massive twit whom I could not stomach. Nevertheless he becomes a love interest for Hester. I guess she’s into massive twits, I don’t know. But it’s an enduring joy for me that by the end of the novel, Edward is unmasked as the giant sack of uselessness that he is, when he almost ruins the bank with some rather irresponsible speculation. He runs off to the continent and marries a truly insufferable character called Emma, and believe me when I say that no pair ever deserved each other more. I’d like to think that the two of them plagued each other every single day of their married lives. It brings me no small amount of pleasure, I promise you.

Despite the train wreck that is Edward, this book is so compelling because the relationships between these three characters are so very intense. But the relationship between Catherine and Hester is particularly so, because it would seem like they should get on. They’re both headstrong and not afraid to speak their own minds. They both want to work and engage their minds, instead of vegetating, the way that Hester’s mother does, for instance. But they clash, with Hester resenting the fact that she’s a poor relation and has to rely on Catherine for a home and a living. By the end of the novel, Catherine and Hester develop a respect for one another, and despite the romantic subplots, it’s really this relationship that’s the centre of the entire story. Just to ram this point home, Oliphant refuses to resolve the question of whom Hester will marry, more or less leaving it for the reader to decide, as if this trivial fact is unimportant in the grand scheme of things. It’s a pleasing and surprising end to a Victorian novel.

It’s clear that Oliphant is dealing with some big questions for the late Victorian era: the book abounds with various kinds of women, from the independent Catherine and Hester, to the marriage-mad Emma, to the helpless and hopeless Mrs John. Hester, who desperately wants to be a teacher and earn her own living, symbolises the changing attitudes and education of women in this period. Catherine, who’s of the older generation, nevertheless proves that smart and capable women did, of course, exist even before these new developments in society took place. Admittedly, her success (and all of it as a single, unmarried woman) was reliant on the fact that she had her own large income and was free to dispose of it as she wished.

Unlike Emma, who’s roughly the same age as Hester, and who’s obsessed with finding a husband, Hester believes in herself and her own skills enough not to feel that marriage is the only thing she can, or should do, with her life. It makes the ending all the sweeter, which because of its open nature means that there’s a chance that Hester really did manage to put her money where her mouth is and make a living for herself.

So that’s really all there is: the book is a character study, nothing particularly thrilling or exciting happens, apart from the threat of a run on the bank (which, incidentally, is when everyone rushes to take their money out of the bank and not, as I originally thought, when people put on Lycra and do fifty-metre dashes across the rooftops of banks). And it’s intensely readable: I read 450 pages without even being aware of how much I’d read. But it’s a book whose characters stay with you much longer than that.

6 replies on “A Brilliant Book Where Nothing Much Happens: Hester (1883), by Margaret Oliphant”

Thank you for such an enlightening review—this sounds to be an outstanding and intelligent novel.

Thank you! :) It definitely is.

hahaha… terrific review!! i want to read it just to see how Hester and /Emma interact… i can’t say how much i admire your pov!! v pointed and accurate…

Thank you so much! :D

I just bought this book and have been hoping to get to it soon! I loved Miss Marjoribanks and want so much to read more of the Carlingford books. I’ve also heard good things about Phoebe Junior.

Thanks for the recommendation, Karen! I loved Miss Marjoriobanks too, it was such a refreshing novel… I’m not sure why, but somehow that’s the word that always springs to mind whenever I think about it.